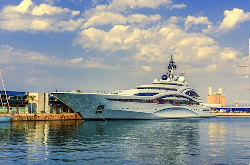 The idea of setting up a wealth tax to target the richest Americans has created a lot of debate in the United States.

President Donald Trump calls it socialism. But Senators Elizabeth Warren and Bernie Sanders have expressed support for the idea. Both senators are seeking the Democratic Party’s presidential nomination.

And many Americans seem to agree with calls for a wealth tax. A new survey found that nearly two-thirds of those questioned said the very rich should pay more.

Researchers questioned over 4,400 people. Nearly 64 percent agreed with the statement that “the very rich should contribute an extra share of their total wealth each year to support public programs.”

Support for the idea among people who identified themselves as Democrats was strong, at 77 percent. A majority of those allied with Trump’s Republican Party, 53 percent, also agreed with the idea.

A wealth tax is based on how much money an individual has as well as shares of stock, bonds and other investments, including land. It is separate from an income tax, which taxes wages, as well as interest and dividends from investments.

In the Reuters/Ipsos poll, people were asked if “the very rich should be allowed to keep the money they have, even if that means increasing inequality.” More than half of those questioned, 54 percent of people, disagreed with that statement.

“Rich people have a right to spend their money…worldwide cruises or whatever,” said Esin Zimmerman of Madison, Minnesota. She is a lifelong member of the Republican party who wants higher taxes for the wealthy. “That money could be used in other ways that help people,” she noted.

Zimmerman said she would support a wealth tax that would help pay for government programs for former armed forces members, or help single parents with young children.

The poll results may show how the economic changes of the past 20 years, from globalization to the financial crisis, have shaped ideas about economic policy.

Another poll showed that worries about the rich paying too little decreased through the 1990s and early 2000s when the country was doing well economically.

But since the crisis years of 2007 to 2009, worries about uncontrolled wealth have risen from 55 percent to more than 60 percent.

The Reuters/Ipsos poll results show there may be an even stronger support for a yearly tax on total wealth, not just income. Senators Warren and Sanders have spoken up for the idea as a way to help pay for large social programs. They also believe it is a way to end the continued rise in the amount of wealth held by the richest Americans.

The poll also points to changing ideas about “keeping what you earn.”

Reporters working for Reuters contacted some of the Republicans who answered questions. They said they did not think a wealth tax conflicted with their party beliefs or their support for President Trump.

Kathy Herron is a Republican who lives in Santa Rosa, California. She said she supports Trump for his policies on illegal immigration. She believes he should support higher taxes on rich Americans. “We are taxed from one end to the other, and it just seems the rich don’t pay their share,” she said.