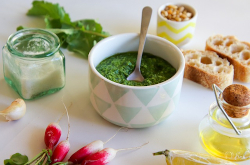 Clint Parry looked through every part of his kitchen during the stay-at-home period in Detroit, Michigan. He was looking for different foods and leftovers to put together meals.

The 33-year-old man is one of many people around the world who has cut food spending and waste during the COVID-19 pandemic. Experts say if these new behaviors continue, they will help fight another worldwide crisis: climate change.

Parry works as a model builder for a company in Michigan. He told the Reuters news agency that he and his wife have been finding use for all of their leftovers. In the past, they would forget to bring that food into work and instead buy fast food for lunch.

The United Nations Food and Agriculture Organization estimates that one-third of the world’s food is wasted every year. That waste is responsible for about eight percent of the world’s greenhouse gases.

Forests are cleared, fuel is burned and packaging is produced. All of these processes put out greenhouse gases. When people throw food away, it sits on open areas of land and rots, putting more of these gases into the atmosphere.

Toine Timmermans supervises the sustainable food program at Wageningen University & Research in the Netherlands. He told Reuters “the next crisis will be the climate crisis and the best thing you can do” is reduce food waste.

At-home food waste in Britain, for example, fell sharply in the early part of the pandemic in April. At the time, just 14 percent of four main foods was wasted: bread, chicken, milk and potatoes. That information comes from research by environmental group WRAP, which talked to thousands of people.

Before the lockdown in Britain, an average of 24 percent of those foods had been wasted. The waste average there rose to 18 percent by June, WRAP found. But that is still below levels before lockdown.

Richard Swannell is director of WRAP Global, which works with governments to reduce food waste. He said, “Although people are reporting wasting more food as restrictions lift,” 70 percent of people want to keep their new low-waste behaviors long term.

Food security has been a big concern during the pandemic. The public bought too many of some basic goods. Farm workers struggled to get to the fields. Meat-packing factories closed because of virus fears. And farm goods that were produced for closed restaurants rotted.

But the lower at-home food waste has been one bright thing.

Out of need, people have become more organized in planning meals. They have also gained new cooking skills. And they check their cabinets and refrigerators more before they shop. They also find better ways to use up leftovers, food waste experts say.

Laura Brooks is a mother of five children in Weymouth, Massachusetts. She said, “As things go back to normal, I may continue” with fewer shopping trips.

When she goes to food stores more often, she notices the newly bought fruit and vegetables make her forget about older ones still in her refrigerator. So things “get wasted more easily,” she said.

More careful spending could prove a valuable skill in the economic and unemployment crises caused by the pandemic.

Dana Gunders leads a nonprofit organization called ReFED. The group works on reducing wasted food across the United States. She said a family of four in the U.S. was estimated to throw away food worth about $1,800 a year.

A survey by Germany’s Food and Agriculture Ministry also found people have had more concern for food waste during the pandemic.

The government had already launched an anti-food waste campaign before the crisis. It urged people not to throw away food after the sell-by date but to smell and taste it to see if it was still good.

A survey during the pandemic found that 91 percent of Germans were checking food after its sell-by date. In a similar study from 2016, that number was 76 percent.

Food waste is not restricted to the home, but that is where most of it happens in many countries.

The European Union has published a study estimating that 53 percent of food waste was in homes and 11 percent in production. The rest was in areas such as processing and selling.

China’s President Xi Jinping said this month that the amount of food wasted in China was “shocking.” That led to the launch of anti-food waste campaigns by many local governments.

For Parry and his wife in Detroit, and for many others, lowering spending is here to stay. He says food costs have gone down a lot in the last five months. And, they have plenty of good leftovers in their refrigerator.