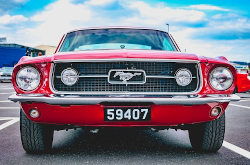 Things that cost a lot are expensive. We often do not mind paying a lot for high quality goods or services. Some things are just worth it. But a few things have unreasonably high price tags. I am sure we have all paid way too much for something at some point in our lives.

To describe situations like these, we often use two expressions involving body parts. Each of these expressions has a verb. But one of them is more active. It is to pay through the nose.

The other expression is to cost an arm and a leg. Here, the verb “cost” is more passive.

Both sayings mean to pay a lot -- in fact, too much money -- for something. For example, if you paid an unreasonably high price for the latest computer, you paid through the nose. You can also say the new computer cost an arm and a leg.

For our next example, let’s get on a plane and go on a trip!

Traveling is often expensive, especially if you do not plan ahead. When booking a flight at the last minute, it can cost you an arm and a leg. And if you stay in the best hotels in big cities like London, Rome, or Tokyo, you will most likely pay through the nose.

1968?! I bet you paid through the nose to get it fixed up.
Actually, I did most of the work myself. So, that saved me a ton of money.
What about finding parts? Old parts can cost an arm and a leg.

The car had most of its original parts. And my sister had some extra Mustang parts. So, she gave them to me. That saved money, too!
You are so lucky. Most people pay a lot for a car like this.

True. I didn’t pay the high price tag that usually comes with a 1968 Mustang. But luck only played a small part. I worked really hard on this car!

You just heard how the two “body part” expressions can be used. But where did these expressions come from? Well, word historians are not so sure.

The saying “to cost an arm and a leg” may have come from soldiers returning from war. Those missing arms or legs were said to have paid a very high price.

To pay through the nose may come from paying taxes. In some cultures, tax collectors were said to count people’s noses to get an idea of how many people lived in a town or village. Again, this word origin is debated among word historians.