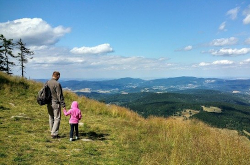 In the United States, we celebrate Father’s Day on the third Sunday in June. So, for today’s show we will celebrate fathers, too!

Now, being a father is no easy task. To make it easier, some dads like to make jokes.

Jokes, of course, are supposed to be funny. But Dad jokes are known for being … not funny. They are corny. They often result in eye rolls from the children who hear them. Many children are embarrassed when they and their friends are subjected to fatherly humor!

For example, here is a joke my father used to make when I was a child. He loved to watch baseball on television. So if I came between him and the TV, he would say, “You make a better door than you do a window.” In other words, “I can’t see the TV. Move!”

Little did I know, he is not the only dad to say this. To research this story, I searched the web and found several sites that gather dad sayings. A list on BoredPanda.com included his joke “you make a better door than you do a window.”

Now, let’s talk about work. Dads love to say this joke to any worker in any kind of workplace: “So, are you working hard or hardly working?” Many, many, many, many children have been embarrassed at stores, restaurants, repair shops … just about anywhere with that joke.

Dads have a few sayings they find funny about money. If your father gives you a little money, not a lot, he might say, “Don’t spend it all in one place!” Or he might tell you to “keep the change!” when in fact, there is not much money left over. Thanks, dad.

When it comes to paying a bill, dads’ corny side really shines through. Before even looking at a bill, they might say something like, “What’s the damage?” Or they might look at their young children and say, “I hope you brought your money!”

In life there are few guarantees. Thankfully, you can count on a father for many things. They are usually there for their children through good and bad times, or through thick and thin.

You can also count on many fathers to say the same things when they see another man washing a car. It is almost guaranteed that he will say one of two things. He will either say, “Hey, you can do mine next.” or “You missed a spot! Ha, ha …!” Oh dad, that’s a good one.

Dads have so many interesting and really corny ways to say, “It’s time to go.” Here are just a few:

Some fathers also like to talk as if they were cowboys of the Old West. They might say, “Saddle up partners!” “Time to hit the trail!” Another cowboy favorite is, “Let’s get the heck out of Dodge!”

The saddle is a seat for a horse rider. So, to saddle up means to get ready to go.

And the saying, “Let’s get the heck out of Dodge!” means to escape a place quickly. Dodge City is a town in Kansas created in the 1800s. The frontier town saw lots of danger and action in its early days, including shoot-outs between lawmen and criminal groups passing through.

However, Dads who have never been on a horse nor have been to Dodge can use these expressions.

And remember, you don’t have to be a father to use any of these expressions. Just know that if you do, expect a few eye-rolls in your general direction.